Before team competition of the season 2014. The team of circle, composed by E Elia, Nabi Stefano, Paolo Giacomelli, Renzo Pancras and Marianna Tamussin attended the "Series C" coming fifth in group but only two points behind second place. 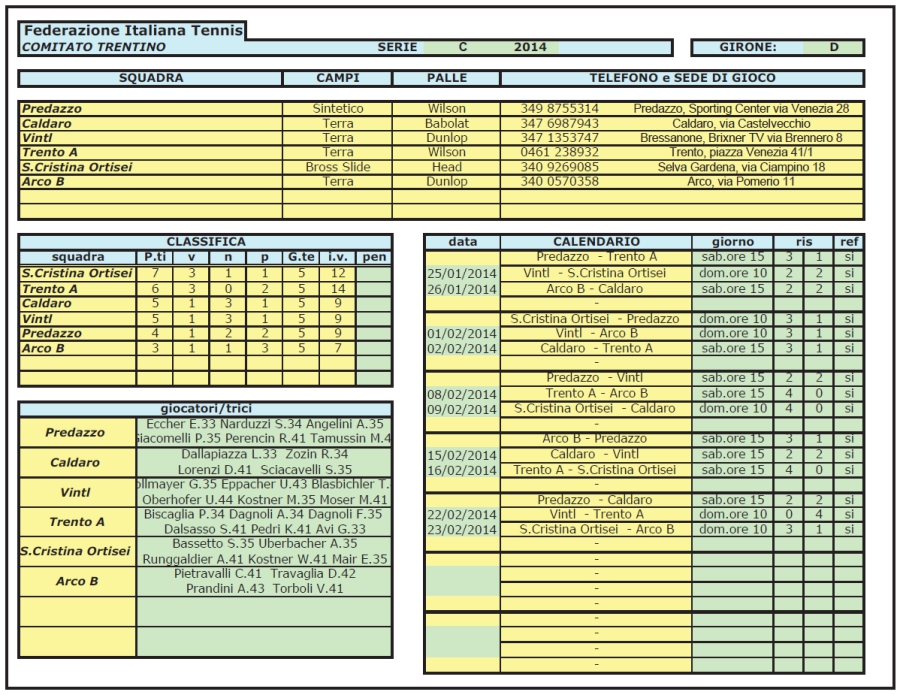 The men's team under 14 composed of Ventura Nicola, Bally Thomas, Lorenzo and Andrea Zorzi has participated in the Championship of the category. The team has performed well despite battling prestigious ensembles such as the CT Trento. The result is even more significant considering that all the guys were in their first racing experience. Great was the satisfaction of the circle to see the next generation experiment with engagement in a competition of this level. 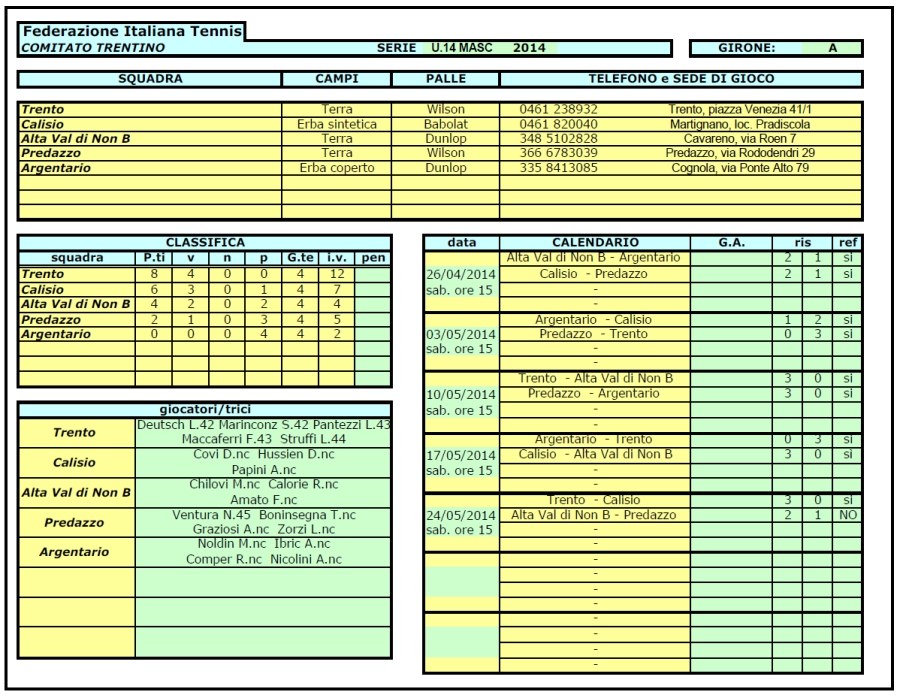 The men's team participating in the D1 series and comprises E Elia, Nabi Stefano, Abdul Antonio, Paolo Giacomelli, Morandini Maximum, Morandini Michele, Francis Fang, scored a strong second place in their group behind the Bow CT, gaining access to finals. Final scoreboard in the first D1 team had better on CT Brentonico in the quarter-finals with a score of 4 to 2 but he later surrendered in the semifinals to CT Moena after a intense match ended 4 to 2. 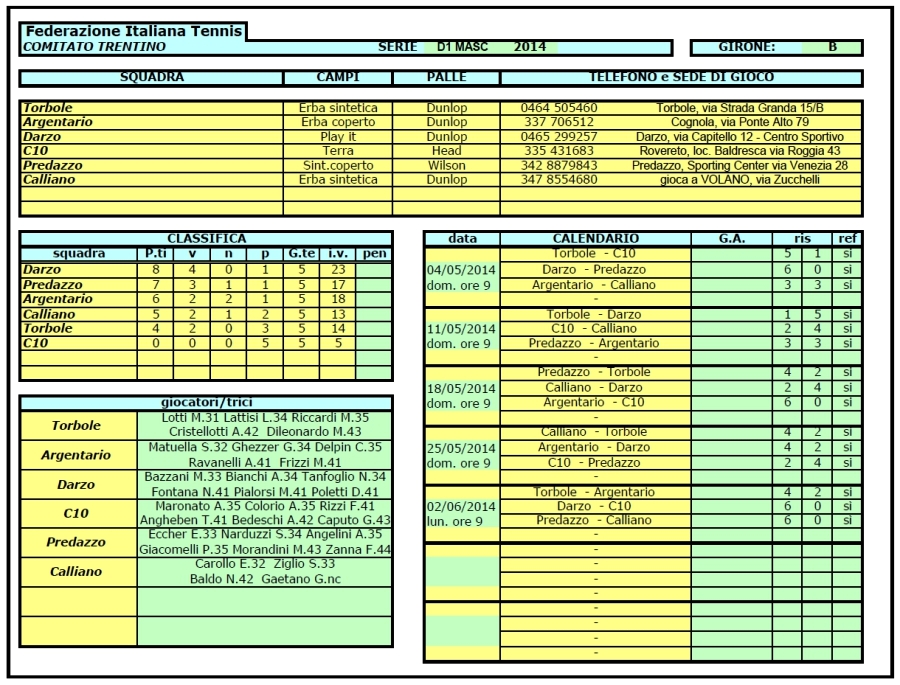 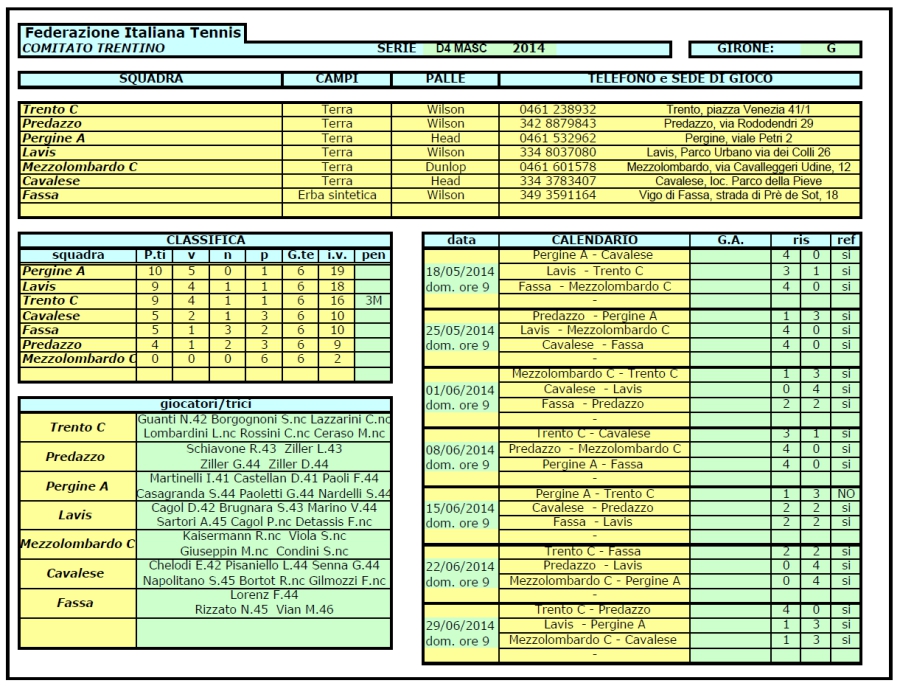 The men's team consisting of Ziller Giorgio, Ziller David and Schiavone Rocco, He participated in the Italy Cup over 45 4.3 limited to players.. The level of the Group, composed exclusively of teams from South Tyrol, is very high but the Club was still pleased to have set up, After years of absence, a team Over. 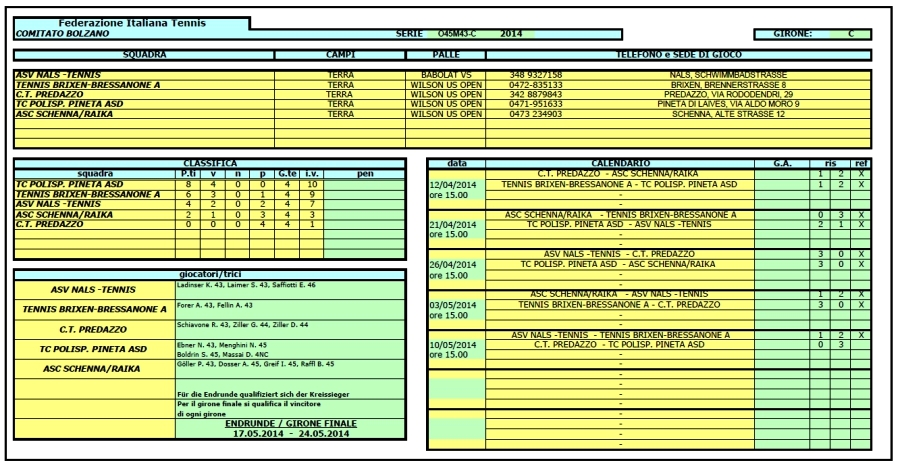 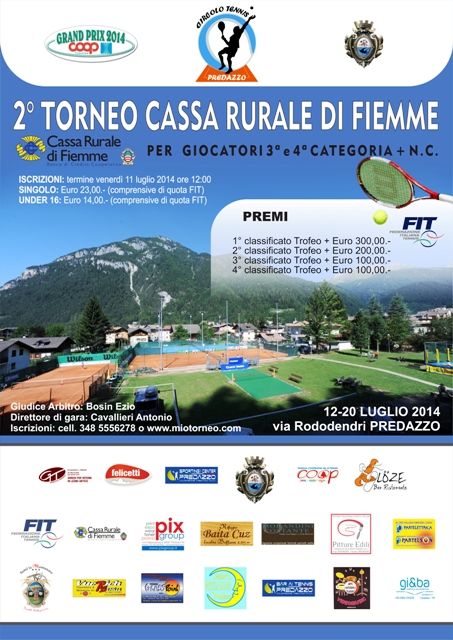 Nel segno di Fabio Cabron the second edition of tennis trophy "Cassa Rurale di Fiemme", national tournament for the "Gran Prix Coop Trentino" organized by Circolo Tennis Predazzo and reserved players to third and fourth category. The tournament is staged from 12 al 20 July on clay courts in via Rhododendrons. The event was attended by local tennis players and tennis people from outside the region, young people who have given the most seasoned players fought to. In particular, they highlighted the seventeen year old varesino Bijay Piraino of c. T. La Pineta, reached the quarter-finals, and especially the Vicenza province of c. T. Lonigo Hab Rah, also a 17-year-old, that went all the way to the final. However the decisive Act nothing could against the experience of the bolognese master Fabio Cabron that deservedly won the trophy. As regards the fourth category, the victory went to Italian team skier Moena and tennis player Christian Deville.

The manifestation, live well from referee Ezio Bosin and carefully organized by Rotary since c. T. Predazzo with the help of the Bar Manager to tennis Mauro Pancras, It ended with the awards, the Director-General attended the rural banks of Fiemme Paul Daniels.

The tournament gave great satisfaction to the C.T. Predazzo in the words of President Antonio Knights and Vice President Elijah Eccher, both the number of entries, both the large presence of the public, especially in warm phases of the tournament. 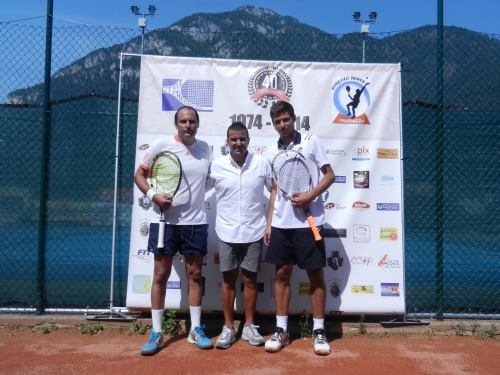 The President of the Carroll with the finalists of the third category: on the right the young HAB rah, left the winner Fabio Cabron 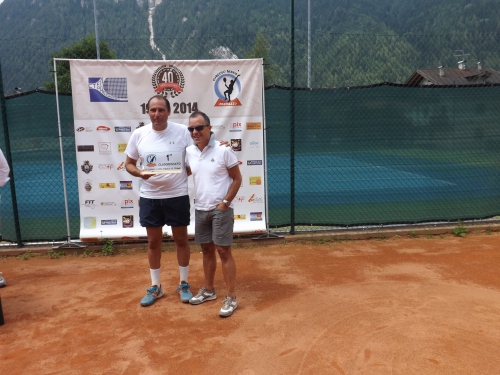 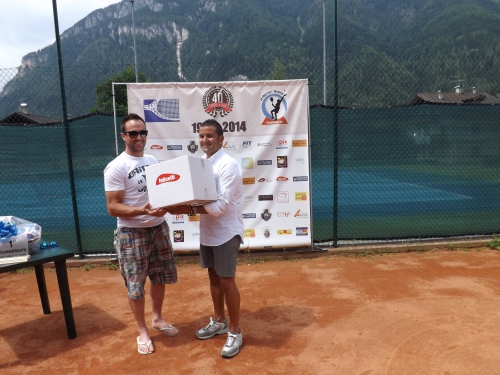 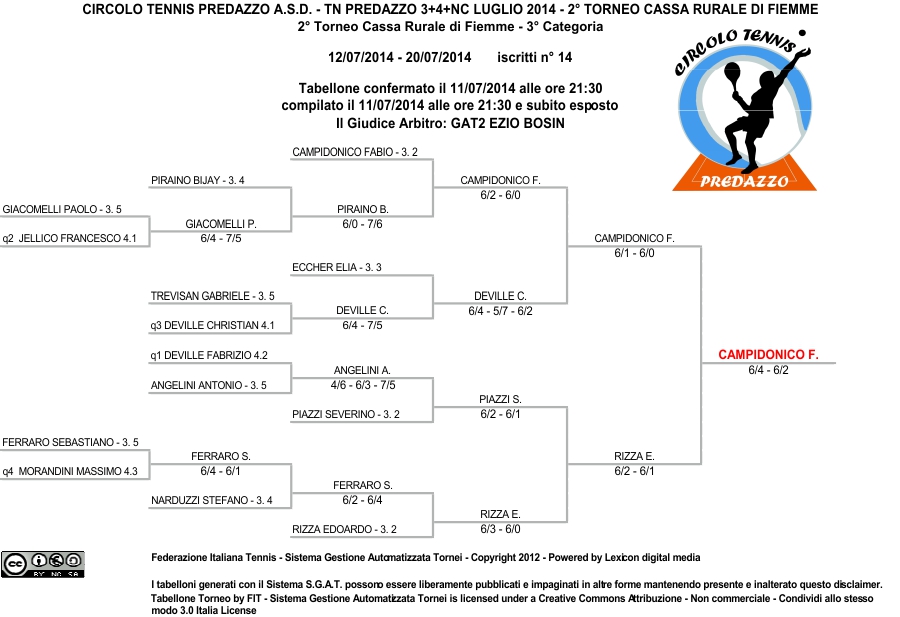 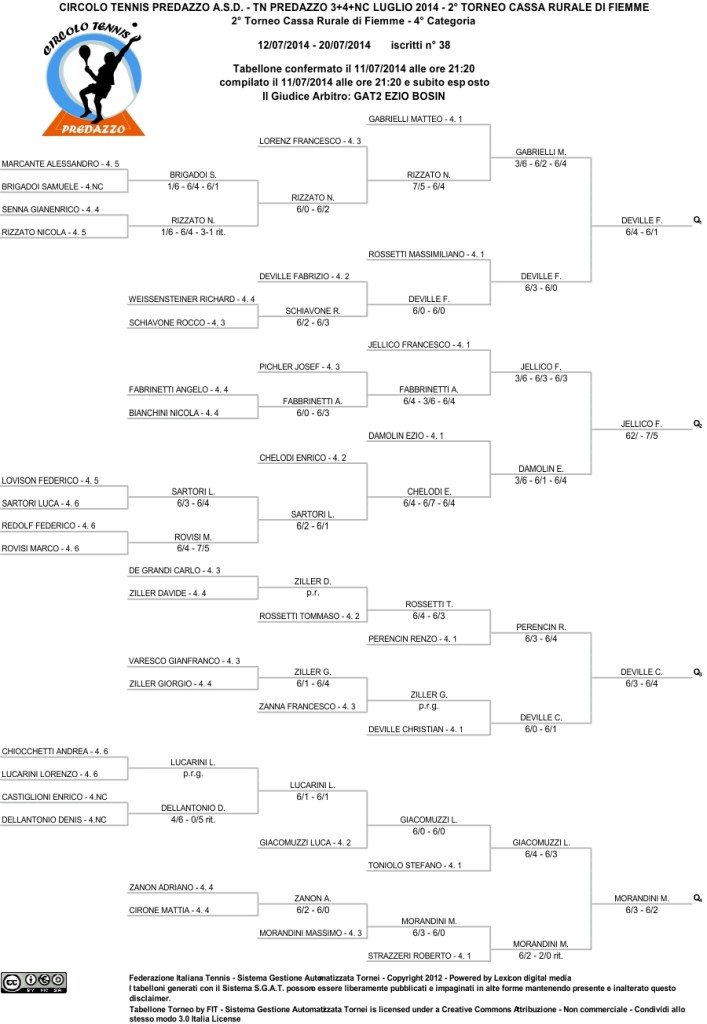